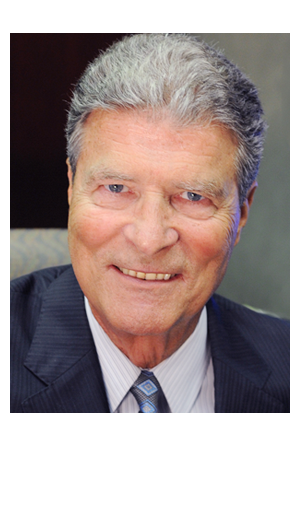 A man who was quite likely the best criminal defense attorney in Akron history passed away early Monday morning at his home with his family at his side.

Jim Burdon was 78. He always looked and acted decades younger than his age.

Several months ago, he was diagnosed with multiple myeloma. He stopped going to the office in September but continued to consult with associates at his house in West Akron.

The end came more rapidly than the family expected.

“It’s a rough one,” his wife, Patty, said Monday morning. “We had hoped for a better outcome, obviously.”

The end came at 3:30 a.m. Chris Burdon, one of their four children, said he “died peacefully, surrounded by his family.”

Burdon leaves a legion of admirers far beyond his exceedingly close-knit group of family and friends.

It speaks volumes that J. Dean Carro, emeritus professor at the University of Akron Law School and one of the region’s foremost experts on the law, considered Burdon the best in the business.

“Both of my boys are lawyers and my wife is a lawyer,” Carro said Monday morning, after taking a few moments to absorb the news.

“For probably 30 years I have said to them all that if I ever get into trouble, and for some reason I cannot speak, call Jim Burdon and take a loan out.”

“There are a lot of good lawyers in the area, but the No. 1 lawyer in my mind for a criminal case would be Jim Burdon, for a variety of reasons.

Although Burdon made huge money, he never acted like it. That’s another reason he excelled in the courtroom.

“He was never blustery,” Carro said. “It was always calm, cool, collected. Confident. Supremely confident. But never arrogant. That’s not an easy balance. Confidence without arrogance — you don’t see that all the time.”

Nor do you see lawyers who know more about the law than Dean Carro. Carro would invite Burdon to accompany him to Continuing Legal Education seminars, where attorneys receive updates on decisions made by the U.S. and Ohio supreme courts. When Burdon showed up “it was like a library walked in and could speak to you.”

Unlike so many others who claw their way to the top of tough professions, James Lloyd Burdon found time — made time — to be with his family.

He and Patty (today a photographer at St. Vincent-St. Mary and the school’s liaison to the LeBron James Family Foundation) were regulars at school functions, even those that took place in the middle of the day. His secretaries had standing orders to put through any family-oriented phone call, no matter what type of meeting he was in.

His law partner of nearly half a century, Larry Whitney, was a firsthand witness to Burdon’s dedication to his family.

“He said, ‘I practice law to make a living; I’m not living to practice law,’ ” Whitney recalled.

“He was very, very close to his four children, to his grandchildren. He was very involved in their lives, helping them on the basketball court constantly.

“In fact, he spent the summer trying to help his youngest grandson, Cooper, with his jump shot. He went to one of his AAU games even after he was sick, when he probably shouldn’t have.”

Watching Burdon in the courtroom — perpetually tan, with movie-star looks and a GQ wardrobe — you’d never guess he grew up as a South Side Chicago street punk who ran with a gang called The Friscos and as a toddler lived with his brother in a children’s home in Iowa because his mother couldn’t care for them.

The first time he took his wife to a high school reunion, she discovered he was one of only a few guys in his class who hadn’t served jail time. But that was mostly because he was so fast the cops couldn’t run him down.

Burdon’s escape from the mean streets came through basketball. A superb athlete, he was voted all-city in a city where basketball is the real deal. That earned him a scholarship to Ripon College in Wisconsin.

What he discovered through hoops, he told me years ago, was this:

“If you have a skill, you develop that skill as best you possibly can and be the very best you can.

“When I’m getting ready for a trial, I don’t try to get ready so that I can just get by for those three days. I don’t want to make a fool of myself. And I don’t want my client to lose.

“And I think sports like basketball teach you to do things the very best they can be done. And if you do anything less than that, you’re cheating yourself and everybody around you.”

Because Burdon was the best, he was involved in many of the area’s highest-profile cases, getting more TV airtime than Perry Mason.

The Fourth Estate admired him, too. Longtime Beacon Journal court reporter Ed Meyer calls him the best lawyer he ever encountered.

“His presence in a courtroom was like none I have ever seen,” Meyer said. “Every argument, every examination of a witness, was captivating.”

Burdon first captured the attention of the former Patty Dyer (no relation to the columnist) when she was a young Kenmore woman working in the clerk of courts office. Their eventual union produced two children to go along with two from his first marriage.

Son Chris is the development director at University Hospitals. Son Joe is an account representative with a Cleveland company. Daughter Jamie has been with InfoCision for 17 years. And daughter Erin is the principal at St. Barnabas School in Northfield.

Prominent defense attorney Adam VanHo says what he remembers above all is “what a devoted family man Jim was. He and his wife were the very definition of a loving and devoted couple.”

VanHo is a rarity: someone who both tried cases against Burdon and worked for him. Years into his career, VanHo joined his father-in-law, Jim Merlitti, at Burdon and Merlitti, where Burdon “was always a valuable source of information and insight.”

I spent many hours with Burdon in 1994 while preparing to write a long profile of him for the Sunday Beacon Magazine. At one point I asked him his idea of the perfect day.

“Lying in the sun with my wife in the Bahamas,” he said.

I found it hard to imagine him lying around for any length of time. His household was a happy circus, with kids and friends romping in and out, the phone ringing every five minutes, the dog yapping away.

I also discovered that, without fanfare, he funded scholarships for needy kids, took on more than a few cases for free and represented half a dozen local unions at discount rates. His fondness for unions came from his father, who moved around the country as a field rep for the United Rubber Workers.

Whitney, Burdon’s law partner, is among those hardest-hit by his passing.

“He was bigger than life in a lot of ways. You never replace a man like that. And I don’t know how I’m going to practice law by myself after being with him for 45 years. It’s going to be tough.”

Burdon certainly enjoyed a great run. In fact, one of the most impressive aspects of his legal career was its longevity.

Says Carro, the law school prof: “You sometimes see lawyers who reach their peak pretty early in their careers and, for a variety of reasons, decline. … They become known and then you never hear from them anymore.

“Jim Burdon was able to sustain an extremely high level of excellence over many decades. And that’s unusual. That’s extraordinary.”

As was almost everything else about Jim Burdon.

Rest in peace, my friend.

Bob Dyer can be reached at 330-996-3580 or [email protected]. He also is on Facebook at http://www.facebook.com/bob.dyer.31ere Road Synagogue bingo case. “His respect is legion. … “When he speaks, everybody listens. The guy is so impressive in the courtroom that it’s unbelievable. His choice of words and the way he makes his presentation is … just incredible. I’ve been practicing law 25 years and I was impressed.